My Thoughts on the Upcoming TV Season

As you may or may not know, I spend a lot of time watching tv and movies while I work on my various crafty projects, which means that I'm really excited that the fall tv season is starting! I've had a lot of fun watching various things over the summer, but I'm excited to have new shows again, even though I'll have to wait on pins and needles from one week to the next... So here's what I'm looking forward to watching :)
Castle - ABC - Monday Nights 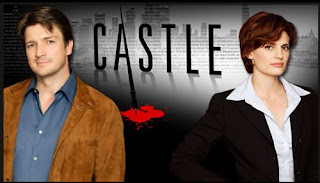 This will be the second season of Castle. I started watching last season when a fellow Firefly fan mentioned that Nathon Fillion was going to be staring in it! Nathon played the roguish Captain Mal on Firefly, and I was excited to have a new show to watch him in. I wasn't disappointed! Castle is the story of a murder mystery writer (named Castle) who starts tagging along with a dective on her cases. She doesn't really like it, but since Castle is charming and has most of the heads of the town in his pocket, she doesn't really have a choice! I'm looking forward to their banter, the interesting cases, and seeing what new trouble Castle manges to get himself into this season!
Lost - Coming Back Early 2010

I'm actually rather upset about this one. I've noticed over the last year that the tv seasons are no longer as rigidely adherent to the fall schedule as they've been in the past, but I didn't realize Lost wasn't coming out until March! I discovered that when I went to do a little research for this post.
I'm a new Lost fan. I didn't have the time to watch it when it originally came out, and I didn't really want to start the series part way through because everything's so connected. Then, this summer, hulu released the first seasons! So I started watching, as did Mo, and became hooked! We watched the first 5 seasons in about a month. Yes, I know we're crazy. And now we have to wait until March to find out what happens next! Argh!
NCIS - CBS - Tuesdays 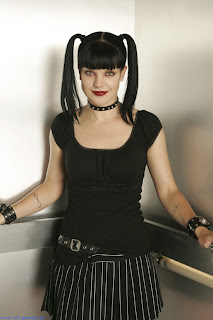 I've been a fan of NCIS for a long time now. I started watching it because it's a crime drama - and I tend to like those (I watch Law and Order too, but not as dedicatedly). I kept watching because I love the characters! I'm really excited for this new season to start because they left us hanging at the end of last season with Ziva in Israel and in danger. I'm hoping she gets to come back to the team, it wouldn't be the same with out her!
NCIS: Los Angeles - CBS - Tuesdays 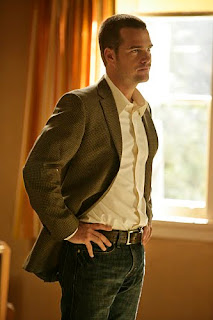 I'm a little skeptical about this show, but then again, aren't most fans when the tv stations create a spin-off of a show you love? Oh I'm going to give it a chance, but it won't have the cast I love, so we'll see. On the other hand, I do love crime drama's, so it might manage to win it's way into my heart!
We have seen the lead character, Callen, on NCIS before. There was an episode with him in it last season. He looks to be a promising character. A bit of a loner, likes doing things his own way, and friends with Gibbs! I don't know anything about any of the other characters in the show yet, but he's a good anchor character.
Chuck - NBC - March 2010 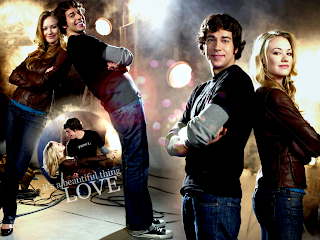 This is another one I just found out today won't be coming out until next year. This is one that Moses and I love watching together! It's well written, is full of laughs, and I'm not looking forward to having to wait for several more months. *sigh*
Heroes - NBC - Monday's 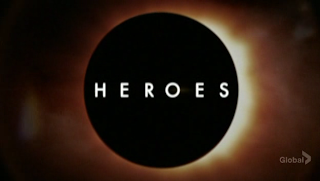 I came to Heroes fandom late - but I've seen every episode! Mo and I like watching this one together too, and then arguing about it. My dear hubby and I tend to have different opinions on things, and it amuses me how differently we interpret this show sometimes! I'm a wee bit leary about this season because I didn't like some of the trends that I saw at the end of last season. We'll see what I think once this season has a chance to unfold.
So You Think You Can Dance - Fox - Wednesdays

As a former dancer, anything involving dance fascinates me! I've never really liked Dancing with the Stars, but I've loved So You Think You Can Dance ever since the first season! Life has kept me from watching the last two seasons for the most part, but I'm hoping to be able to follow this season! I've missed the first two audition episodes, but those are no where near as fun as the main show so I'm not too disappointed. I was going to watch it this week, but then something went wrong with the tv here where I'm staying at my parents house. Oh well, we'll get it figured out in time for next week!
Bones - Fox - Thursday Nights 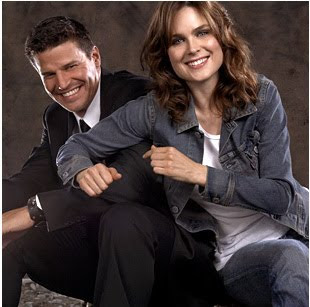 This one comes out tonight! Woohoo! My brother just went back to my room to mess with my tv until it works too :) I love Bones! Not only because it's yet another crime drama, but I also fell in love with the characters a long time ago. Brennan can be so clueless sometimes about real life, and Booth, well he's darn handsome not to mention a fun character :) The last season ended in a weird place with Booth in a coma, and Brennan having recently requested that he be the sperm doner for her baby. And I do mean literal doner, no physical act invovled. So this season should start off interesting!
Fringe - Fox - Thursday Nights 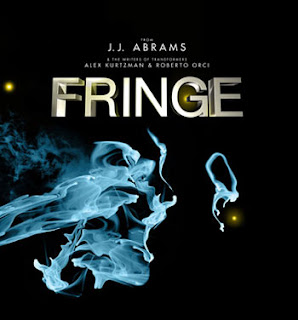 Fringe is a cross between a sci-fi and a crime drama. There's usually some sort of crime or at least startling activity that occurs each episode, but they never have a very normal explination! I love the show because, well, I love things that are out of the ordinary! There is a lot of mystery and conspiracy involved too, which makes things pretty interesting. And again - I get to watch it tonight! 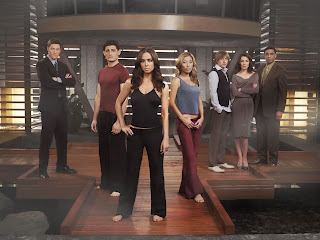 My original attraction to Dollhouse was simply that it was created by Joss Whedon. As a fan of his work (Buffy, Firefly) I was hoping for another quirky and fun show. Dollhouse doesn't have the same level of fun as his previous work though. It's definitely darker and more serious, but it does still have his touch to it, and because of that some things are simply different from what you might expect. I don't like it as much as his previous work, but I'm intrigued by the concept behind it enough that I plan on giving this second season a try.
House - Fox - Monday's 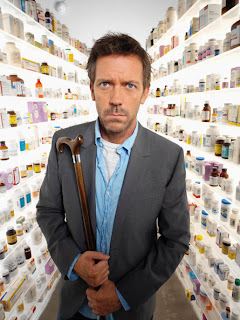 House is one of those shows I go back and forth on. After all, he's such a jerk! And sometimes the weekly "patient with a weird disease, several misdiagnosises and a near death late, solved at the last second" pattern gets old. I got sucked back in, however, when I realized that this season is going to premier with House in a mental ward! That amuses me :P So I went back and watched the last season on Hulu just get get caught up with the story. I'll probably end up watching this a day behind though, because it's on at the same time as Heroes, and I'd rather watch that one live snuggled up with my hubby!
I don't know how often I'll end up commenting on these shows as the season starts - but you probably won't get constant updates on my thoughts :P
Posted by Live, Love, Laugh, Write! at 2:52 PM

Wow, what a write-up! I am so excited to see NCIS next week. I've loved it from the start. At least the cliff-hanger wasn't as bad as when they got rid of Kate. I was devastated all summer!

What is Chuck about? For some reason I have no idea what that show is, lol.

Maybe I should start watching So You Think You Can Dance- my mom got me watching Dancing with the Stars, so I'd probably enjoy this one, too. :)

I'm a Bones, Lost, NCIS, CSI girl :) Although, I have to wait even longer to see them, being the other side of the big pond to you.

Heeeeeroes! I agree with being leery about the show now - last season teetered between tolerable and scream-at-the-TV-because-characters-are-being-LAME! Right now, I'm watching it out of sheer loyalty left over from first season and a sense of "It can't be worse than last season, right?" Here's hoping... Unfortunately, I still don't have a TV that works. T.T So it will be constant catch-up for me.