You've heard me talk about my brother Gordon the most, and that's because as much as I love our younger brother, he doesn't live in the country any more! He's also a little sporadic with communication. He left for Nepal in January, 2008, and won't be back until sometime in January next year. I miss him all the time, but today is extra hard because it's his 21st birthday! The only good thing is that he sent us a whole bunch of pictures, for the first time since he's been gone, and so we get to "see" him! Woohoo! I thought I'd share a few with you :) 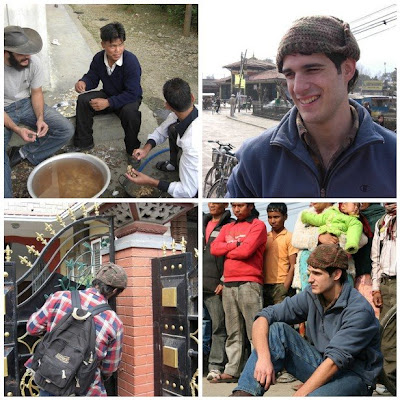 And yes, the clean-shaven boy and the boy with the big beard are the same guy! The big hat he's wearing is from Australia, he bought it years ago when he stopped over there on a mission trip and it's become one of his trade marks. The crochet'd hats he's wearing in some of these are hats Mom made him. 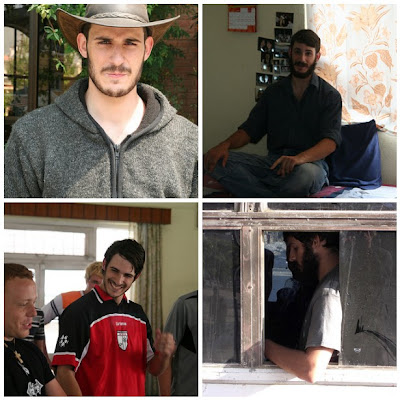 Here and I think it's hard having my brother just in Texas...I can't imagine him being in another country!
I'm sure you miss him TONS!!!
Glad he finally sent you photos!

Roseworks, your bro's a handsome man! I admire him for following his calling like this. You must be so proud of him.

Memories, don't feel bad-- any Texan will tell you we are pretty much a whole other country.:) But there aren't any passports required, and the water's clean! Come visit!

I bet you do miss your brother. I never was blessed with a brother. But I always wanted and older brother. all I got was two sisters younger than me

what an exciting thing to do! He will have many memories from the experience!

wow! He seems to be a great servant! Handsome young man too!

kudos to you brother for doing such special and necessary work!