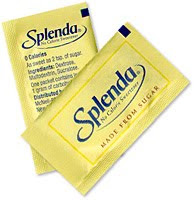 Tonight Moses and I joined my brother, parents, and Grandparents at Red Robin for dinner. I went over a little bit early to spend time talking with my Nana and Moses joined me at my parents house after he got out of school. It was a lot of fun talking, and then piling us all into the 7 passenger van they rented for their visit added it's own entertainments!
I was in a bratty mood tonight. If you know me well, you know that's not unusual, but tonight I was in an especially bratty mood! I've been trying to be a good girl and not order sugar laden items because I need to watch both my blood sugar and weight. So I steal a taste of whatever my brother and hubby get. Or at least I try to.
Gordon, my brother, ordered an Orange Dreamsicle Smoothie. I did manage to talk him into letting me take a drink, but then later on my Dad gave me a few of his fries (I had ordered pasta), and I waited until Gordon wasn't looking and dipped my fry in his smoothie! Ooo...was I in trouble!
He got me back though. He got me back good!
A little while later he started teasing me about putting pepper in my water glass. Then he decided to tear open a splenda packet and pour THAT into my glass! I watched him do it, laughing, and called him a brat. So you would think I'd know better right? Wrong!
Not long after that I was distracted by the conversation (they had actually gotten my hubby talking) and I absent-mindedly reached for my water glass and took a sip - which promptly lead to a conniption fit!
I can handle splenda in cooking, or even in coffee, but NOT in water!
I tried grabbing my hubbies soda to get rid of the taste, but it wasn't a strong enough flavor. I was about to try to find another fry to steal when Gordon finally took pity (through his laughter) and offered me a sip of his smoothie as a peace offering. That finally got rid of the taste, but it took a lot longer for us to all stop laughing!
Posted by Live, Love, Laugh, Write! at 7:46 PM

I still can't get over how you fell for that! Not many people would fall for a prank that they SAW being set up.... hahaha

Heehee! Glad you got a laugh about it.

Too funny! Gotta love those brothers!

Wonderful time with family! My favorite thing in the world! Thanks for sharing!

Ha ha! That's too funny! At least he didn't put pepper in your water! :D

Family fun is wonderful. You'll probably be laughing about this for years to come.