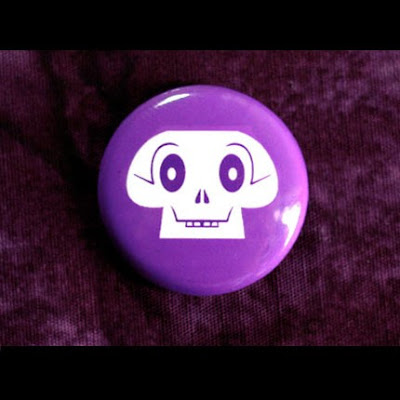 I've had a rather eventful life, at times too much so! Sometimes I've wished for a boring life, but the upside of having such a randomly crazy life is that I have a LOT of stories! I was thinking of some of those stories last night...and one of these days I need to write up some of them...but for now my mind is headed down a different track. Yes, a cheerfully morbid track!

Of the many stories I could tell you there are quite a few that involve flirting with death, and then running away laughing! In fact, my brother and I have often joked that just about the only major "form" of death I haven't faced laughing has been death by fire. I realized last night that we were totally wrong on that one!

The quick run down of ways I HAVE knocked on death's door:
~ Severe asthma attacks
~ Intestinal parasite that nearly shut down my body.
~ Major car accident
~ Near drowning

Honestly - that list doesn't seem as long as it used to - especially when I thought last night of all the different ways I've never faced death!

Such as:
~ Lethal injection (Hey - never done anything worthy of Death Row!)
~ Falling from a great height (although I think my 6ft fall with no injuries at 2 years old is impressive)
~ Being run over.
~ Being shot.
~ Being poisoned (I don't think accidentally eating something that included ingredients I'm massively allergic too counts...)
~ Being stabbed.
~ Being assassinated (yes, it would probably involve one of those other methods, but there's just something special about having some one actually pay money to have you killed!)
~ Eaten by a Bear or other land animal.
~ Eaten by a shark (although I did meet a guy once who'd lost part of his leg to a shark!)
~ Old Age (Although I think I'll face that one some day :P)

Disclaimer: I solemnly swear that I'm not taking this list as a personal challenge. Cross my heart, hope to die!
Posted by Live, Love, Laugh, Write! at 4:26 PM

Email ThisBlogThis!Share to TwitterShare to FacebookShare to Pinterest
Labels: death

Here is to never being eaten by a critter, and a very long healthy, quality of life life!

lol! what a great list - ha! Laugh in death's face - dangerous, maybe...doable, heck yes!
And yes, you must do some write ups...I don't think most of us could list 4 near death experiences! maybe once or twice removed...

Too funny Ruthie! Stay safe...EtsyBloggers just wouldn't be the same without you :)

I love your many ways to die lol..great post.