What I'm Watching: So You Think You Can Dance? 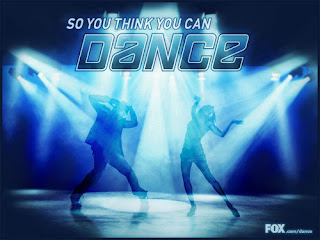 I started watching "So You Think You Can Dance" when it first came out back in 2005. That season I didn't get to watch every episode, but I was pretty close! I was working in a day care at the time and my coworker and I would come in to work the day after and talk about the performances, and our crush. We both had a massive crush on Artem, who unfortunately, did not win.
When it was time for Season 2 I was excited! I think I watch every episode that season. The things I remember best? Dmitry starting a trend of wowing the ladies by losing the buttons on his shirt, Mia Michael's routine "Calling You" (aka "The Park Bench") performed by Travis Wall and Heidi Groskreutz, and that I predicted the winner! Ok, so maybe I didn't predict it as much as I really wanted it... Benji Schwimmer, Season 2's winner, was a swing dancer, and thus my top choice to win. I think Season 2 is the only time I participated in the voting for the show, and every week I voted for Benji! 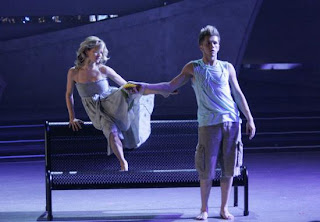 I was able to catch most of Season 3, but it doesn't stand out in my mind as much as the first two years did. I just think I never connected to any of the performers the way I had before. Season 4 had a lot of memorable performers, but the two that I remember the most are Twitch Boss and Courtney Galiano. Twitch, because he is just an incredible character, and Courtney because she was just so cute!
Seasons 5 and 6 I missed. It's been awhile since I had good tv reception and it took a long time for Fox to decide to put the episodes on the internet like so many other shows these days. I missed it, but my hubby didn't mind not having my crazy, obsessive, dance show around.
Now we're up to Season 7 and I'm loving it! They are finally airing it on-line at both fox.com and hulu.com and I eagerly await each episode. They've mixed things up this season by bringing back some of the allstars (including Twitch and Courtney) to perform with this seasons contestants. We've seen contestants perform with allstars, with each other, and by themselves. 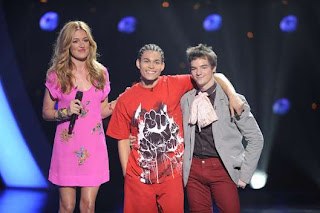 It's been a heavily male dominated season. We started out with 6 out of the 5 contestants being guys, and we've now lost all but one of the girls as we reach the top 4. Unfortunately, two of the contestants who've had to leave did so because of injuries. So we're down to four, and I'm looking forward to seeing how it turns out! I can't decide who I want to win.
As for performances - there have been some incredible routines this season. They've really broken out of some of the molds they had established in the early seasons, and the show is still fresh and moving. I don't love every routine, but I am impressed by quite a few of them, and I even cried over one of them two weeks ago. But don't blame me, so did almost everyone on screen.

Email ThisBlogThis!Share to TwitterShare to FacebookShare to Pinterest
Labels: dance, So You Think You Can Dance, tv show review